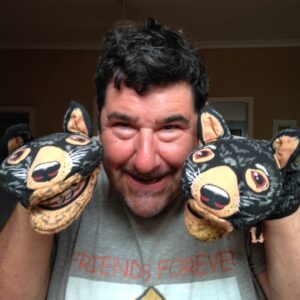 A very familiar voice & attitude. Listen to Tim as he livens things up on Monday mornings (9 to 12) & Thursday Breakfast (6 to 9).

Comedy with a cup of tea is what this man is! Tim has successfully traversed the comedy world, leaping from sell out shows at the Melbourne International Comedy Festival to hosting top rating radio breakfast shows to appearing on television shows such as The Comedy Company, the Panel and Discover Down under. Tim lives in Korumburra South and spends a lot of his time looking out at Wilsons Prom.